← more from
Cock Rock Disco
Get fresh music recommendations delivered to your inbox every Friday. 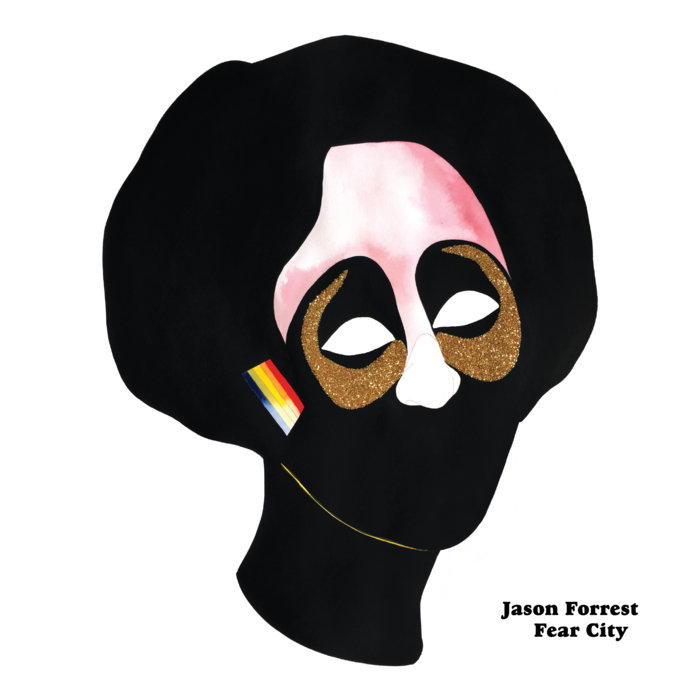 vanderdulle With this bloody beast, Forrest returns to his glamorous roots of fucked-up classiness. If you hate predictable music, be sure to grab this gem of sonic lunacy. Favorite track: Forever Psyche.

Watch the video for Subdivision:
www.youtube.com/watch?v=-ghiTOy_fv4

Infused with a jittery optimism, it is an album interspersed with noise, aggression, and a tongue in cheek attitude that keeps the listener in on the joke. Fear City is a fun album that doesn’t pander, a joyride through a scattered musical universe that hasn’t been explored since his landmark 2004 album “The Unrelenting Songs Of The 1979 Post Disco Crash”.

The album begins with “Severe High”, a song completely devoid of subtly; a slap in the face to decorum. From there Fear City takes diverging approaches to explore our contemporary psychic schism. Rock infused stompers are mashed into breakcore anthems as “Chase” and “Forever Psyche” immolate themselves as a parody of rock and roll purification. Similarly “Biker Movies” lashes out with Gabber fragments of sliced antagonism. Then, on a parallel hardcore track, “New Age Asshole” and “Real HxCx” take a darker path into an arhythmic moshpit of emotional release. Forrest returns to his Plunderphonic roots on Fear City as the album is littered with nearly recognizable fragments that just escape your ability to place them. “Beating Up Giants” and “Chase” are familiar, more melodic, and steeped in hip-hop and punk but embody neither. Forrest again skates the line between original composition and simulacrum.

Another surprise on this album is Forrest’s return to Disco. A folksy guitar riff anchors “Demon Sun Ram”, a down-home funk track that might feel at home in a K-Tel compilation were it not for the near constant churn of weirdness happening at the periphery. Forrest questions originality and authenticity in “Subdivision”. Built on samples from 45 French filter-house songs, Forrest micro-edits them into a stomping dancefloor track that liberates the body, while slyly referencing our culture’s need to consume and recycle. Likewise, the amazing video by Markus X Fielder displays a future world of multi-sexual celebrants performing a choreographed routine that only digital bodies could empower.

Crafted over a four year period, it’s the first album by Jason Forrest in seven years. Fear City could have been released before, but the truth is, it had to be released now.

All music guide on Jason Forrest’s “Unrelenting Songs…”:
“a Day-Glo burst of wacked-out samples, clattering percussion, sun-kissed melodies, and general electronic insanity. Unless you are the sourest of electronica purists, you can't help but be knocked out by the sheer amount of wit, skill, and joy on display here.”

Pitchfork on “The Everything”:
“Jason Forrest's mid-decade breakthrough was a coup when it came to the sampling arts.… these albums were singularly deranged acts of joyful violence against musical familiarity. You like having your music-nerd buttons pushed by recognizable snippets of canonical rock and pop favorites? Well, here they are crumbling to scraps, rattling around like superballs in a laundromat tumble dryer or burning like overheated film stock. Whether they were specific moments of instantly identifiable songs or a more generalist interpretation of certain genres, the way these loops were fed through Forrest's unpredictable yet danceable breakcore rhythms was invigoratingly grotesque.”

Jason Forrest
No real instruments were used on this album.

Electronic musician known for irreverent sample use and noise.

Bandcamp Daily  your guide to the world of Bandcamp